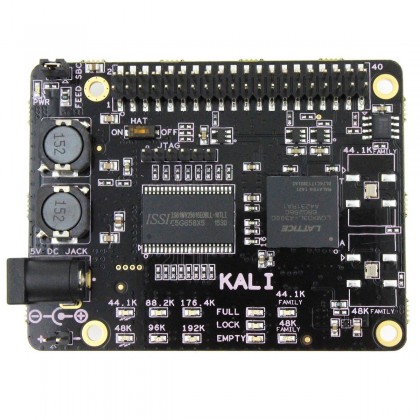 This is ALLO's KALI, a Reclocker I2S FIFO 44 / 48MHz I2S Reclocker that allows you to perfectly process digital signals and send them to your DAC. It is part of the range working with the ALLO Sparky SBC universe.

Average votes for this product
4.1 / 5
Based on 8 customers reviews.

By buying this product you get 7 loyalty points

Yes, notify me when available ! 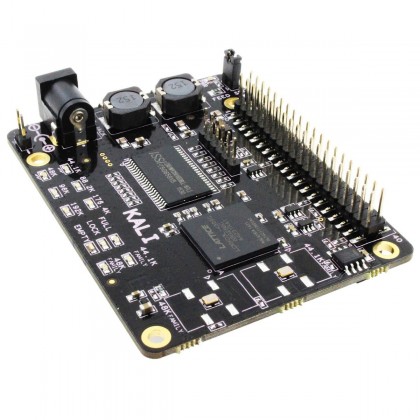 This is ALLO's KALI, a Reclocker I2S FIFO 44 / 48MHz I2S Reclocker that allows you to perfectly process digital signals and send them to your DAC. It is part of the range working with the ALLO Sparky SBC universe.

Indeed, each SBC (Sparky or Raspberry Pi) has a clock that is used to send digital signals to your DAC. The accuracy of this clock is very important in transforming the digital signal into analogue. SBCs very regularly use "first price" clocks to limit costs that are not suitable for audio use.

Example :
The Raspberry Pi3 features a 19.2 mhz clock derived from its BCM2835 processor. It cannot be clocked correctly at the frequency of 16 bit 44.1kHZ not being an exact multiple of 19.2mHZ.

A better clock therefore means better sound and performance. The Kali will thus play this role of improving, thanks to its very weak Jitter clock fed by LDO and an ultra silent power supply.

Thanks to the KALI your music will "open up", your stage will be extended and more "three-dimensional". You will hear sounds, words and instruments that you did not previously hear when your digital signal was not processed properly.

This version uses a Upsampling multiplier coefficient of X8 = 352.8kHZ for frequencies of 44.1kHZ and 384kHZ for mutliple frequencies of 48kHZ. It is therefore dedicated to DAC:

For R2R and multi-bit DACs, the ALLO KALI 22/24Mhz version must be compatible with the following versions :

The KALI ALLO must be powered by 5V / 3A via its jack plug, it cannot be powered directly by the SBC (Sparky or Raspberry Pi). However, it will power the DAC which will be connected to it.

This ALLO KALI Reclocker is HAT type and is therefore Raspberry Pi compatible. It is also Sparky SBC compatible.

This Buffer reclocker is compatible with the DAC Audiophonics I-Sabre ES9023, ES9018K2M and the majority of DACs that support HIFIBERRY DAC drivers.

A technical manual is available in the "Downloads"tab.

This product does not come with black spacers. 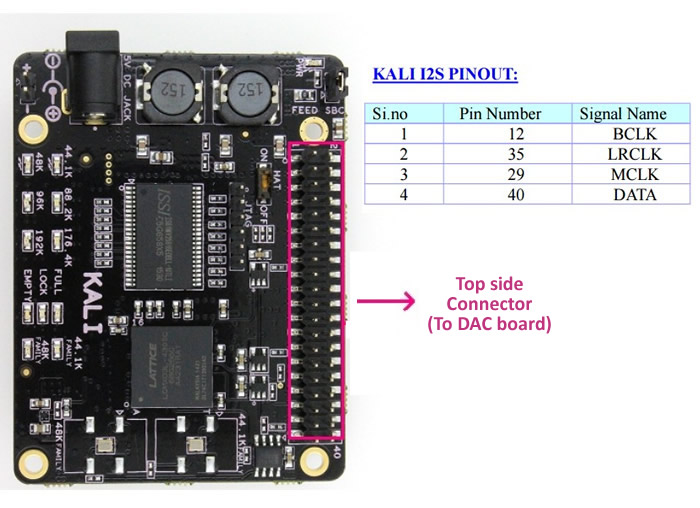 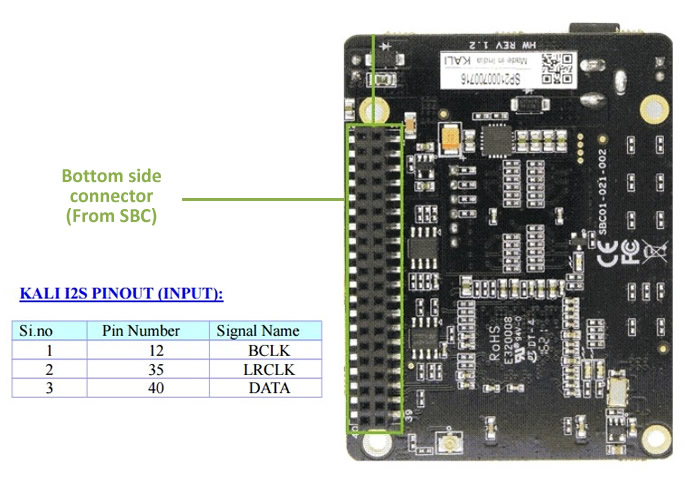 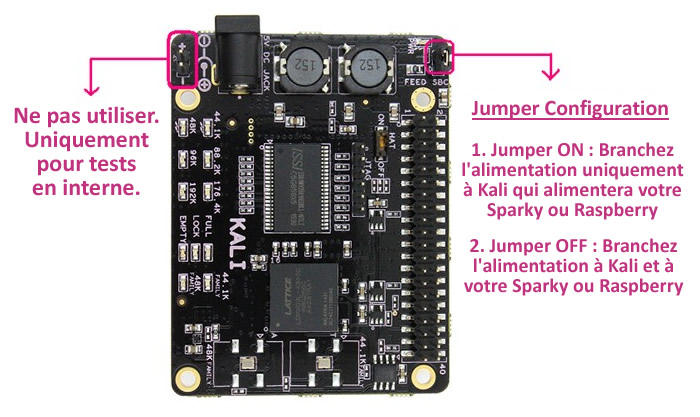 I should mention how quickly Audiophonics had respond to my ordering; my Kali was shipped in less than 6 hours from order confirmation which is quite impressive!

(1)
(0)
This review has been posted for ALLO KALI Reclocker I2S FIFO Sparky SBC and Raspberry 44/48MHz 32bit 384kHZ
Metallic sound!
If you like metallic sound with a lot of details this is for you.
AUDIOPHONICS DAC I-Sabre ES9038Q2M sounds 10 times warmer without this reclocker.