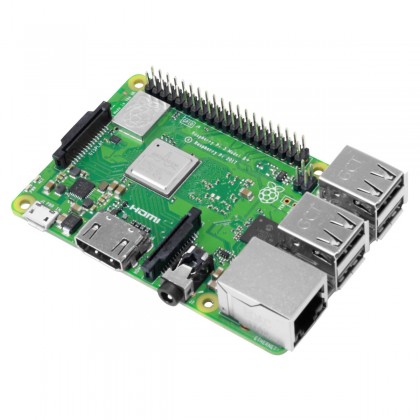 The 3B + version of the famous SBC Raspberry Pi is back in force with a faster CPU, a multi-band wifi antenna, an Ethernet port three times faster and compatible with HAT POE (Power Over Ethernet), a bluetooth 4.2 almost 2.5 times more powerful than the previous version.

Average votes for this product
5.0 / 5
Based on 1 customers reviews.

By buying this product you get 4 loyalty points

Yes, notify me when available !

Raspberry Pi 3 B +, upgrade of the most popular SBC 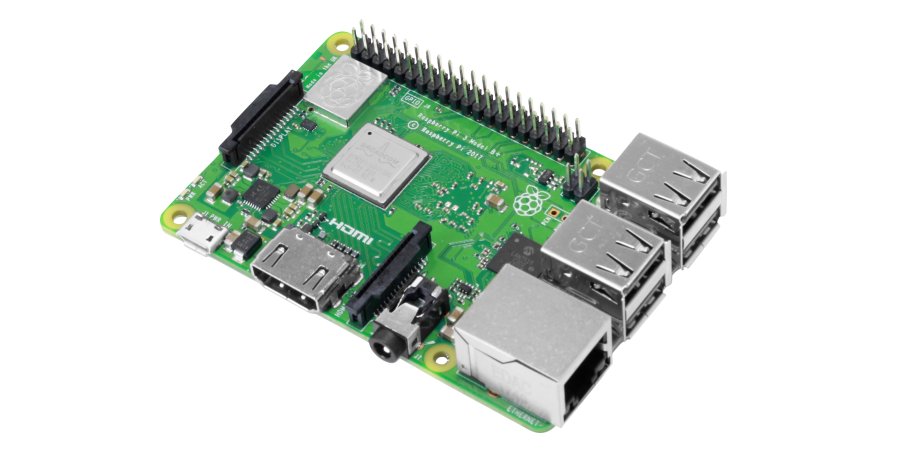 Like all Raspberry Pi, the 3B + is an SBC (Single Board Computer). That is to say an electronic card equipped to fulfill the basic functions that are usually expected to be found in a computer.
Therefore, there is an integrated processor, a video chip, storage memory (SD card) in which a full operating system can fit, a random access memory (RAM) as well as slots for materialized devices (USB, Ethernet, HDMI) and dematerialized ones (Wifi, Bluetooth).
In a nutshell, this is a computer that is extremely simplified to fit on a single board the size of a credit card and at a ridiculous price considering the current IT market.
The applications are endless (prototyping, robotics, computer features, etc.) and above all completely modular thanks to the possibility of adding hardware extensions (HAT) that will extend its capabilities without any limit.

For version 3 B +, the Raspberry PI improves its capabilities with a enhanced CPU 64-bit ARMv8  (BCM2837BO) with a cadency of 1.4 GHz. In terms of native computing power,  this version is the most powerful Raspberry Pi board available yet.

If this performance gain (approximately 15%) is not the most impressive innovation ever, it must be emphasized that the BCM2837BO processor surpasses the BCM2837 of version 3B in many other aspects. This chip is in fact much more effective from the standpoint of managing the power supply and heat dissipation. Two fundamental considerations when it comes to getting a quality audio processing for high fidelity usage.

Hardware side, most of the developments are at the level of network connectivity. Wifi, Bluetooth and Ethernet were reviewed with higher specifications. These developments are particularly interesting for audio / network drive use.

The WiFi 802.11ac chip replaces the latter 11n. 3B + version of Raspberry Pi can still read/send to the 2.4 GHz band but also gains access to 5 GHz frequency bands. The quality of connectivity is improved and compatibility with modern appliances (routers 5 GHz) is better assured. It is also a good way to avoid much of the interference because the most widespread home networks are  bands of 2.4 GHz and 5 GHz frequencies are less congested for now.

The Raspberry Pi 3B + is now equipped with Bluetooth 4.2 (against 4.1 in its version 3B). Announced 2.5 times faster, with better protection against tracking while reducing power consumption. The Bluetooth connectivity is improved in all its reports to an ever greater digital experience.

The Ethernet port triple its speed (300Mbps 100Mbps against previously). Anyone that prefers wired connection will also be glad to learn that the Raspberri 3B + can operate with an official POE (Power Over Ethernet) HAT (which is not included). In other words, it will be possible to feed power the Raspberri Pi via its Ethernet port without having to worry about compatibility and quality of the support installed.

Data sheet
Delivery
We deliver all of France, and internationally.
To discover the amount of the shipping costs, you just have to go in your shopping cart once the desired products added.
To discover our different services and delivery options, click on the following logos:
Only registered users can post a review. Log in or create an account .
bon choix sur RAspdac mini
J'ai hésité entre le Pi4 et le Pi 3 et c'est ce dernier que j'ai choisi pour limiter les risque de surchauffe avec le Pi4 . Il s'avère largement suffisant.
Démarrage immédiat avec distribution volumio préchargée.
(0)
(0)
This review has been posted for RASPBERRY Pi 3 model B+ 1GB HDMI Ethernet 4xUSB 1.4Ghz
See more reviews
You must log in to post a review.
Review text is required.
You should wait 30 seconds before posting a new review.
Invalid review text posted.
An error occured. Please try again later.
You already have posted a review for this order.
The secure code is incorrect. Please retry.
Your name is required.
Review posted Awaiting moderator validation.
Be patient during sending....