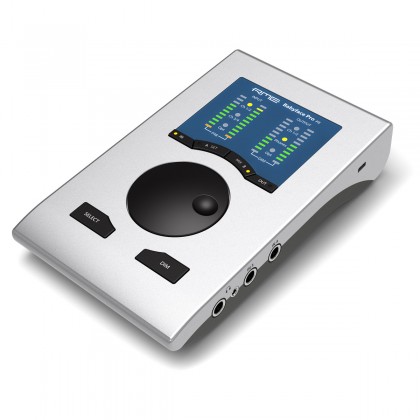 RME returns with an improved version of its Babyface USB interface, the Babyface Pro FS. This new version benefits from numerous essential functions and updates to offer the best possible recording and sound reproduction quality.

No customer reviews yet, login to write a review.

By buying this product you get 68 loyalty points

Four years ago now, the Babyface Pro once again demonstrated RME's absolute commitment to top quality work, not only in audio circuitry and driver development, but also in mechanics. Created with the utmost precision from a block of Aluminium, this high-end portable interface incorporated newly designed analogue and digital circuits. Its innovative power-saving technologies achieved supreme fidelity without compromising on level, noise or distortion.

RME returns with an improved version of this USB interface, the Babyface Pro FS. This one benefits from the following features in particular: 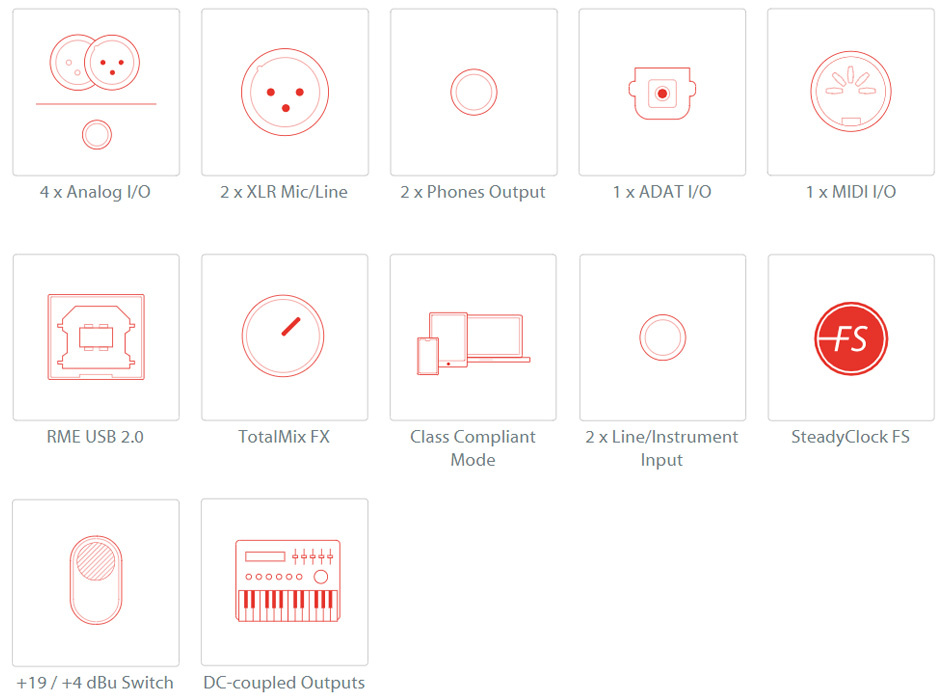 The two headphone outputs, with TRS and Mini Jack connectors in parallel, have independent amplification stages to adapt perfectly to low and high impedance headphones, guaranteeing a precise and pure reproduction, whatever the headphones used.

For the main inputs/outputs, RME has designed XLR connectors that integrate seamlessly into the housing while saving space.

The incredibly efficient design of the Babyface Pro means you never need external power. The interface is perfectly stable when powered via USB 3 and even via most USB 2 ports, with no degradation in technical specifications. This feature makes it an ideal interface for recording anywhere, including with condenser microphones.

This extensive feature set is complemented by a Toslink Optical I/O, which can be used as an ADAT port with SMUX support or as an SPDIF connector supporting sample rates up to 192kHz. Combined with an external ADAT converter (not included), the Babyface Pro supports 12 analog inputs and 12 outputs, ideal for live performances or multi-track studio recordings. You can connect any instrument, line or high impedance, thanks to the Jack 3 and 4 inputs. This makes it possible, for example, to simply record a guitar on the fly without any additional hardware. A MIDI input/output is also available via an included breakout cable, completing the many functions offered by the Babyface Pro.

Professional performance with the SteadyClock FS

In digital audio, the clock frequency is an essential factor, creating a correlation between the audio bits and the time reference. Unfortunately, the clock frequency is not always as stable as desired. The Babyface Pro FS thus embeds a SteadyClock FS circuit identical to that of the ADI-2 Pro FS, and allowing to reach an extremely low jitter level, and a very good resistance to it. These excellent performances in all clock modes and the high quality analog conversion allow you to hear your mix as it really is. RME products are converted to digital format without loss or degradation, and the SteadyClock FS provides a very transparent and rich sound reproduction. This allows you to optimize your recordings and mixes, due to the greater depth and clarity of the sound scene.

Like all the latest RME interfaces, the Babyface Pro FS integrates the powerful real-time digital mixer TotalMix FX. It allows a complete and independent routing and mixing from the inputs and playback channels to all physical outputs. Stereo sub-mixes and an understandable Control Room section provide unparalleled monitoring capabilities as well as great routing flexibility.

The Babyface Pro is supplied with the RME TotalMix FX software, available for Windows, Mac OS X and iOS. This incredibly versatile software allows you to use the Babyface Pro in any situation. For example, mixing your guitar with vocals to headphones has never been easier. The FPGA-based mixing DSP adds an extremely flexible 3-band parametric EQ to all inputs and outputs. Reverb and Delay effects are also available.

In addition, the latest RME software, TotalMix Remote, offers remote control of the Babyface Pro FS via iOS, PC or Mac. Through a simple configuration process - simply enter the IP address of the computer you wish to control with TotalMix Remote - you can quickly set any TotalMix FX parameter on a host system from anywhere in your studio or even from a control room outside.

The latest generation of low latency AD/DA converter combined with the unique SteadyClock FS RME technology ensures excellent specifications that will satisfy the most demanding professionals. Add to this the Babyface Pro's many features, excellent sound performance and intuitive control and you have the most understandable and versatile compact audio interface ever created. 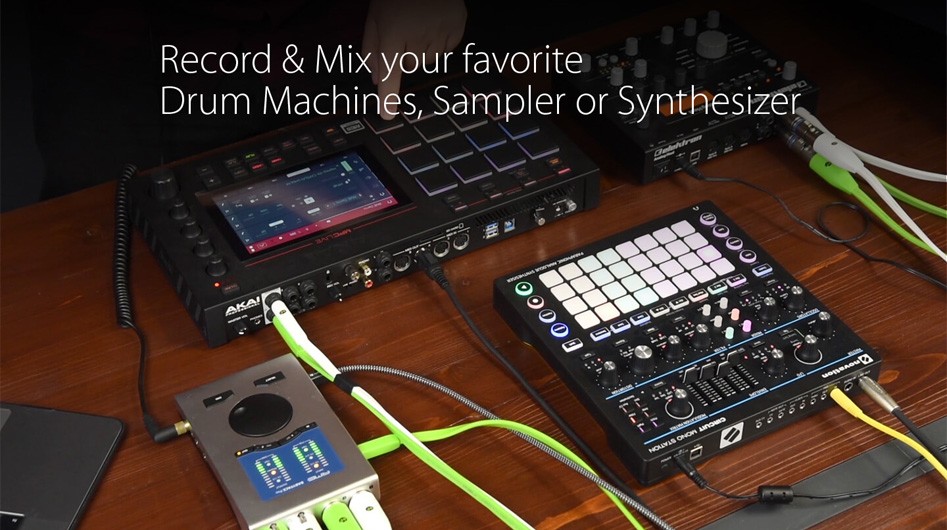 Easy to use and perfectly stable 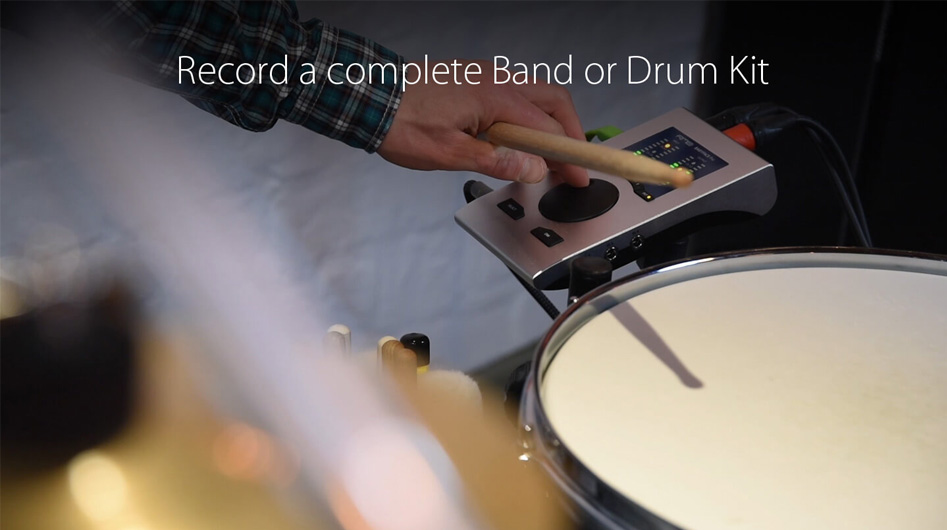 The reference design of the Babyface Pro FS leaves nothing to chance. RME devices are designed to keep the audio signal as it really is. They are therefore transmitted in their entirety, nothing is added, nothing is removed. For the Babyface Pro, the audio circuits have been improved to adapt even to the highest gain levels with the best possible dynamic range. The user interface is clearly presented and offers a lot of information. It makes access to every function and configuration mode intuitive and easy to use. 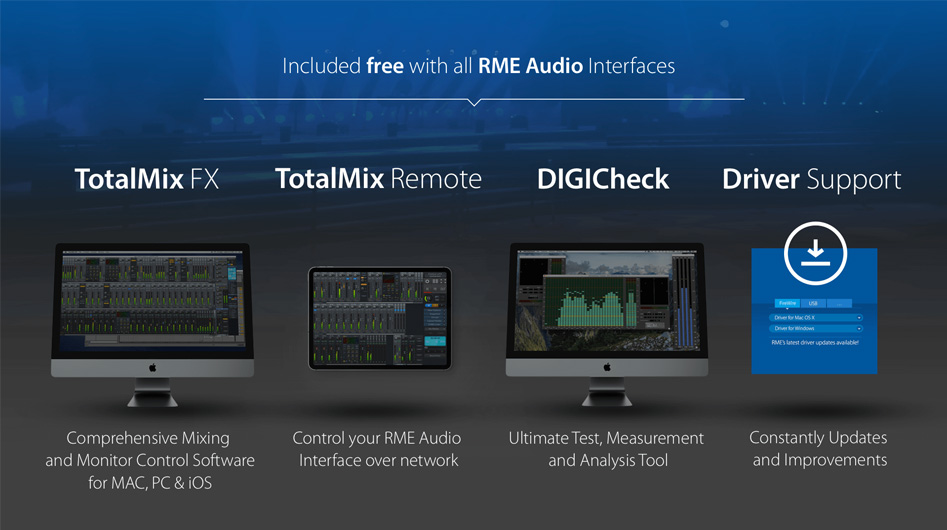 As part of RME's product philosophy, the brand is always developing and optimizing their core technology. RME pioneered multi-channel audio and was the first to offer professional performance on a USB 2.0 interface. RME pays great attention to the development of reliable, stable and regularly updated drivers, while focusing relentlessly on audio quality.

And since RME Audio develops the core of its interfaces, they do not depend in any way on third party structures for improvements, modifications and bug fixes. So you can always benefit from the latest operating system.

USB Driver (macOS Sierra and up)

Download (6.45M)
Delivery
We deliver all of France, and internationally.
To discover the amount of the shipping costs, you just have to go in your shopping cart once the desired products added.
To discover our different services and delivery options, click on the following logos:
Only registered users can post a review. Log in or create an account .

No reviews at this time.

You must log in to post a review.
Review text is required.
You should wait 30 seconds before posting a new review.
Invalid review text posted.
An error occured. Please try again later.
You already have posted a review for this order.
The secure code is incorrect. Please retry.
Your name is required.
Review posted Awaiting moderator validation.
Be patient during sending....
Cart 0
Prev